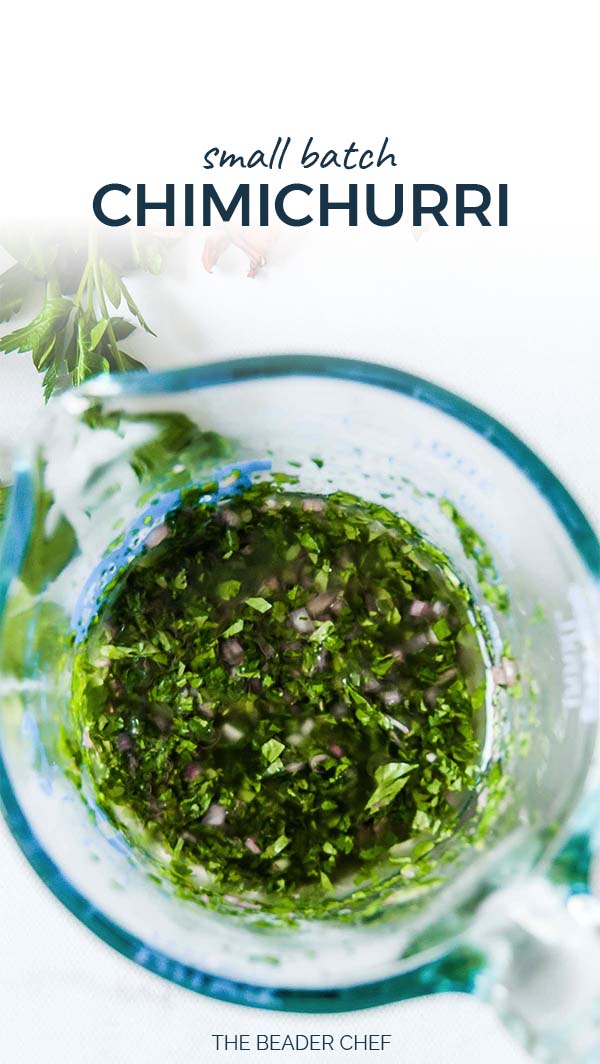 Good things come in small packages, and this Small Batch Chimichurri is no exception! The combination of parsley, cilantro, garlic, shallots and red wine vinegar are a perfect marinade for meat and fish, great as an accompaniment, awesome mixed into salad dressings… It’s good for everything! 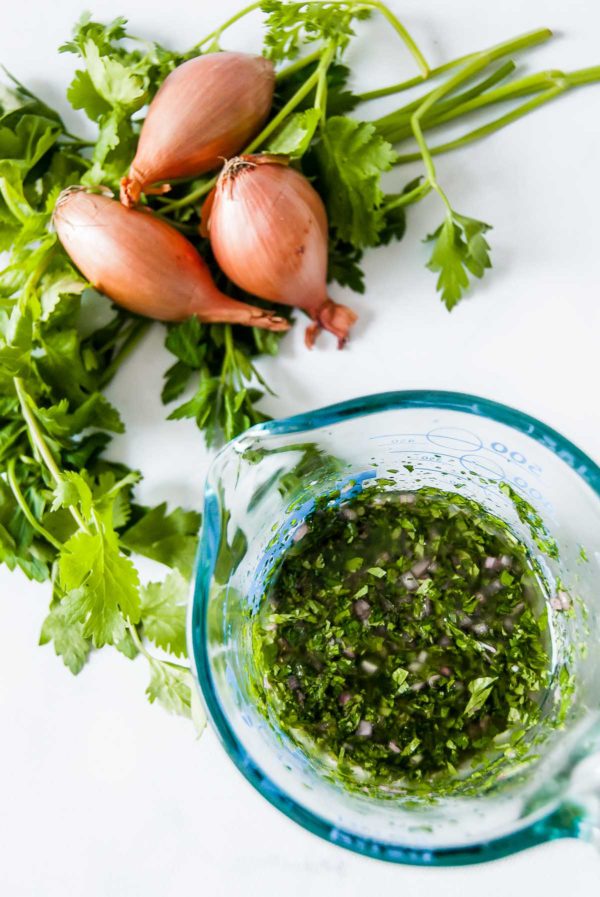 Traditionally, chimichurri is a herby Argentinian sauce that is similar to a pesto popular in South America. My boyfriend and I love the herby, garlicky, spicy and slightly vinegary sauce on just about everything. We’ve used it for pan-seared mahi-mahi, grilled chicken, roasted potatoes and even tossed a couple tablespoons with extra olive oil for salad dressing – we absolutely love the stuff and now you can always find cilantro, parsley, garlic, jalapenos, and red wine vinegar in our kitchen. 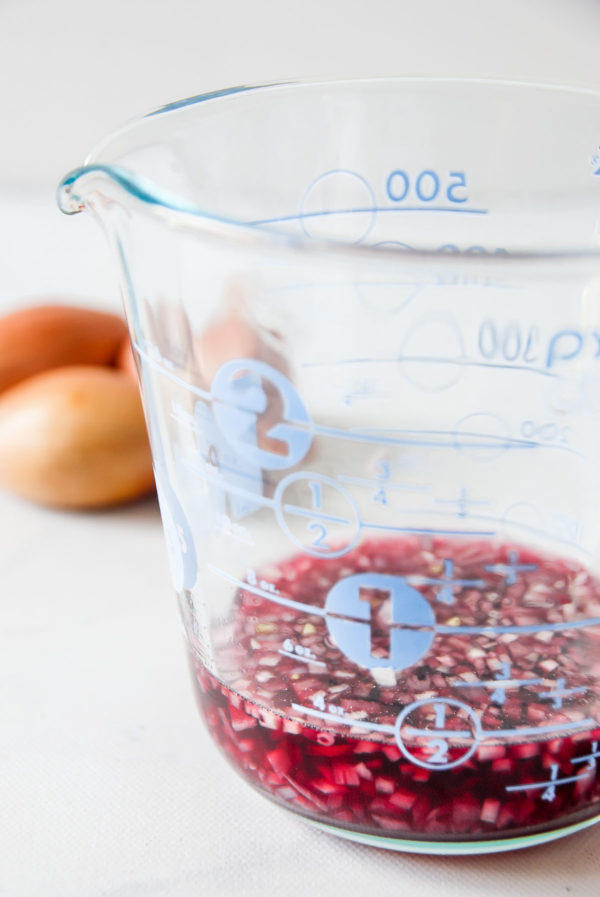 Now, I’ve probably lost some of you the moment you saw cilantro! I know I lost Ina Garten, one of my idols, who dislikes cilantro, and probably another significant portion of the human population who don’t like it and/or find it tastes soapy. Even Julia Child told Larry King that she never ordered dished with cilantro and “I would pick it out if I saw it and throw it on the floor”. 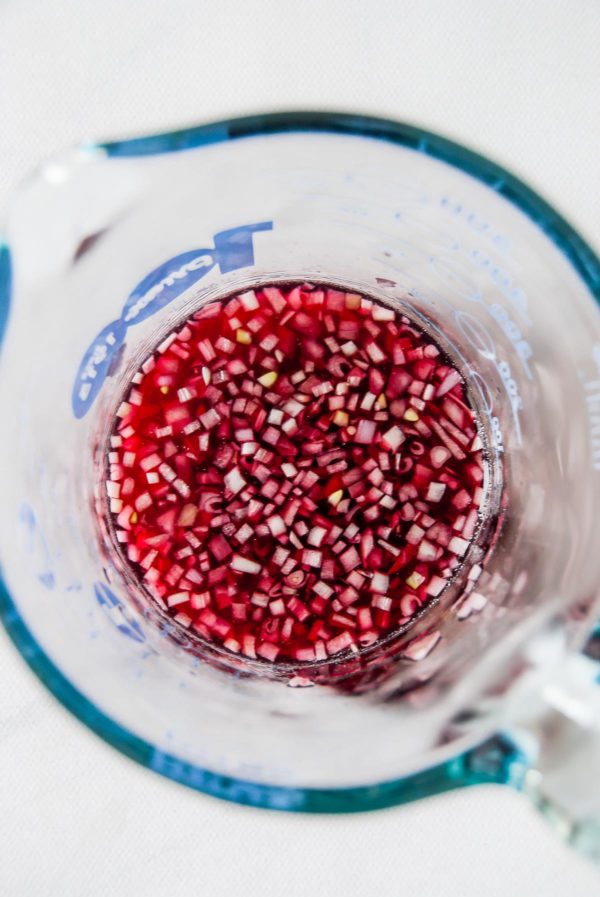 These cilantro haters may not be as crazy as us cilantro lovers might think, many research groups are investigating genetic traits that could possibly be linked to the soapy flavor experienced by some people who eat cilantro. One research group even found three different gene variants linked to the liking of cilantro – the scientific person in me is fascinated by this type of research, but like with many things in science more research needs to be done.

Also, when it comes to genetics, there is also a question of nature versus nurture. And some people believe, as does Harold McGee author of the New York Times article: “Cilantro Haters, It’s your fault”, you can overcome your genetics and learn to love cilantro through cilantro desensitization, i.e. making a pesto (or chimichurri!) and eating more and more of it is the first step in cilantro conversion therapy. 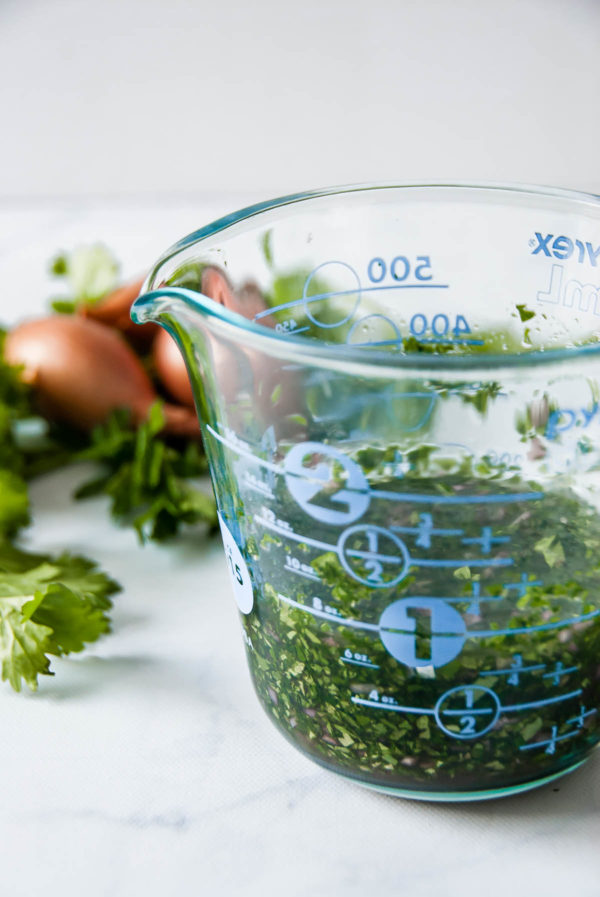 … But if you are adverse to cilantro I am not going to suggest attempting cilantro conversion therapy, but what I would suggest is to Google chimichurri! You will see that there are countless recipes for the vibrant green sauce, and some don’t have cilantro at all! Some use just parsley, some add oregano, story here: find what works for you! 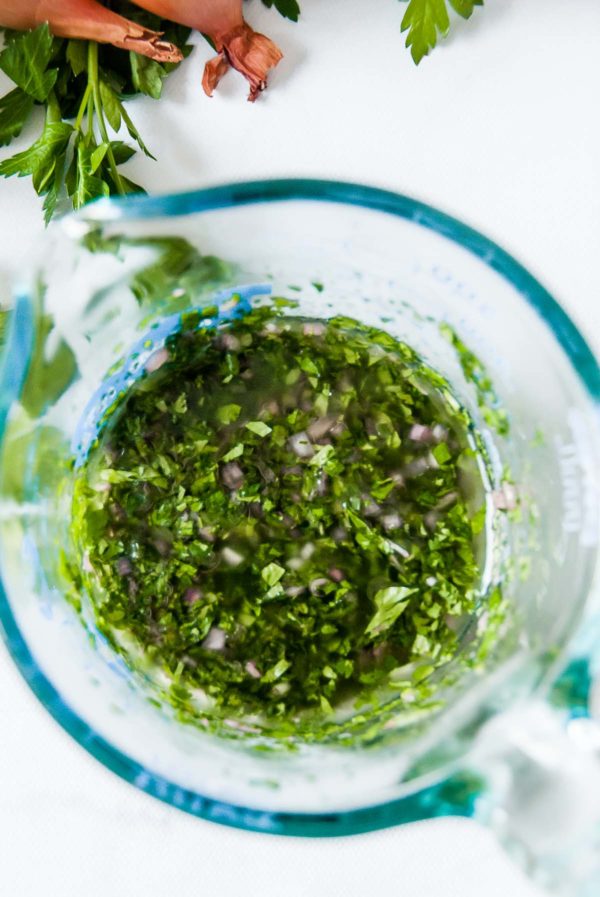 After all this cilantro-chimichurri talk you might get worried that this Small Batch chimichurri will not be enough, yielding only about one cup. But with one cup of this yummy sauce, I was able to marinate two chicken breasts, drizzle it on top of potato wedges for two as a take on this Modern Proper recipe, and toss two tablespoons into a salad as a dressing – yes, I told you, my boyfriend and I like chimichurri that much! So now it’s up to you… will you be making small batch chimichurri soon?!

PS. I find chimichurri so much better when you chop the parsley and cilantro leaves by hand. If you use a small food processor will lose the vibrant green color because the blades bruise the leaves. 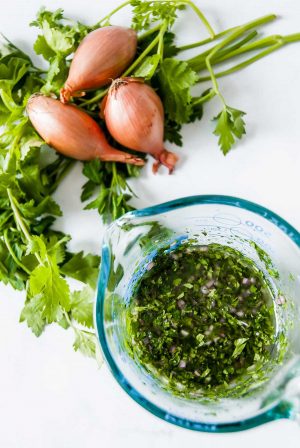 Good things come in small packages, and this Small Batch Chimichurri is no exception! The combination of parsley, cilantro, garlic, shallots and red wine vinegar are a perfect marinade for meat and fish, great as an accompaniment, awesome mixed into salad dressings… It’s good for everything!
Prep Time 10 minutes
Total Time 10 minutes
Servings 1 cup
Author Michelle

This sauce is great as a marinade, accompaniment with potatoes or vegetables, and a couple of tablespoons can be used as a salad dressing!

The sauce only gets more flavourful with time!!! So do make it ahead if you have time and do keep it if you have leftovers!