This 25 minute to make skillet hash and eggs is loaded with potatoes, onions and eggs, and is perfect for anytime of the day, yes even dinner! 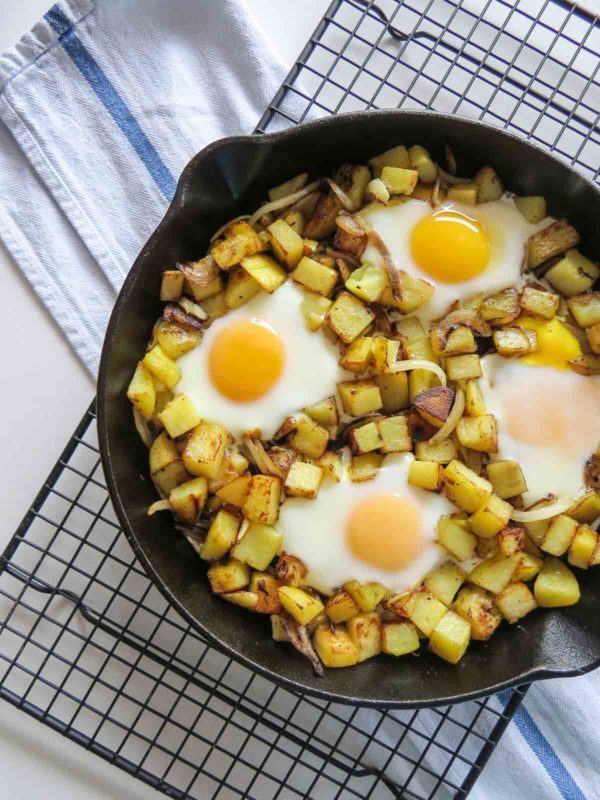 So this skillet hash and eggs recipe?… 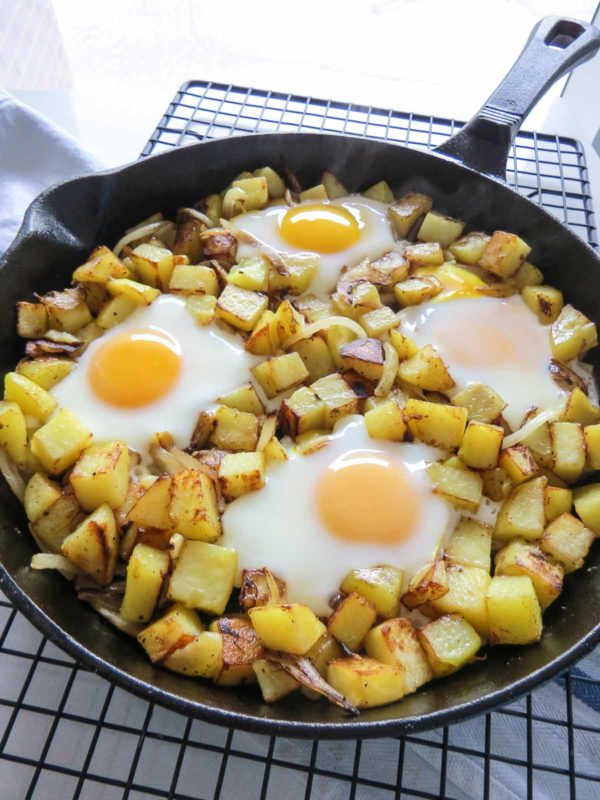 AWESOME! Just look at the heat escaping from the skillet above!

Not just for breakfast though! I like to think of it as an anytime meal, perfect for breakfast, brunch, lunch and dinner. It is also what I like to call a workhorse recipe – it does not require a lot of prep and if you have a little helper (or big helper lol) you can clean all the utensils and the cutting board used during the cooking process, leaving you with only one pan to clean after the meal! Oh! Maybe some dishes too, but you can throw those in the dishwasher! 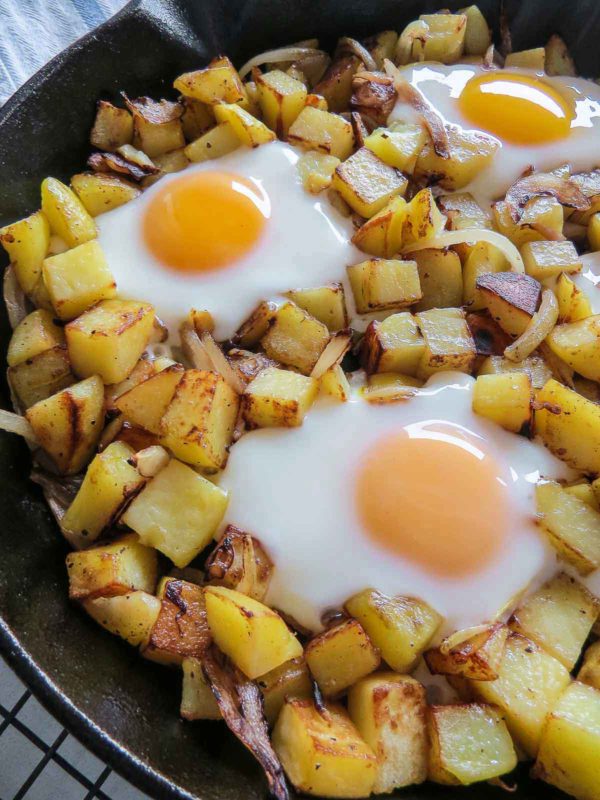 So you get all that awesomeness in just 30 minutes!!! How so?! To quicken up the cook time of the potatoes, after peeling and dicing, I microwave them until just under my desired tenderness. Then I toss them into the pan to crisp and colour them up a bit with some sliced onions. Look at that close up *insert wide eyes emoji*.

Microwaving saves about 15 minutes and decreases your chance of burning the potatoes, especially if you try cooking them at a higher heat for a shorter amount of time. 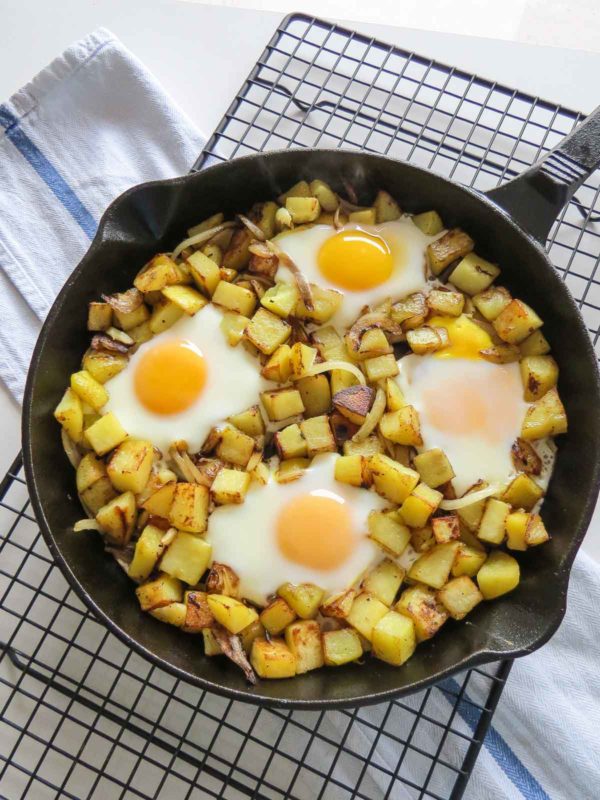 Now a little tidbit about the shoot for this recipe! I made this at my boyfriends, and as he patiently waited to eat – bless him, he usually has to eat lukewarm food because I want pictures… many many pictures. Anyhoo, I was photographing the skillet near the window (for natural light) of a second-floor condo unit and woman in a car below started making frantic gestures thinking I was photographing her! OOPS! So now we are considering making a sign saying food blogger in process of taking pictures of FOOD! Not you in your little yaris!

Hope you like the recipe! There are tonnes of versions out there on the great world wide web! One I’ve tried and wanted to post but didn’t because I did not like how my pictures turned out, but was really really good is Spoon Fork Bacon’s Simple Cheesy Skillet Hash Browns and Eggs without the cheese!

Try adding bacon! Instead of heating oil, cut bacon into pieces and cook until just under desired crispiness, add the potatoes and onions to the bacon and the bacon fat and continue following the recipe!

Celiac Disease and Reovirus: A link in the chain to celiac development

Easy Eggs in Purgatory for Two