Not So Secret No Knead Bread

Flour, salt, yeast, and water. Mix it. Let it sit overnight. DO NOT knead it. Bake it. That’s it!!! This Not So Secret No Knead Bread recipe just became that thing you never knew you needed and your new best friend! 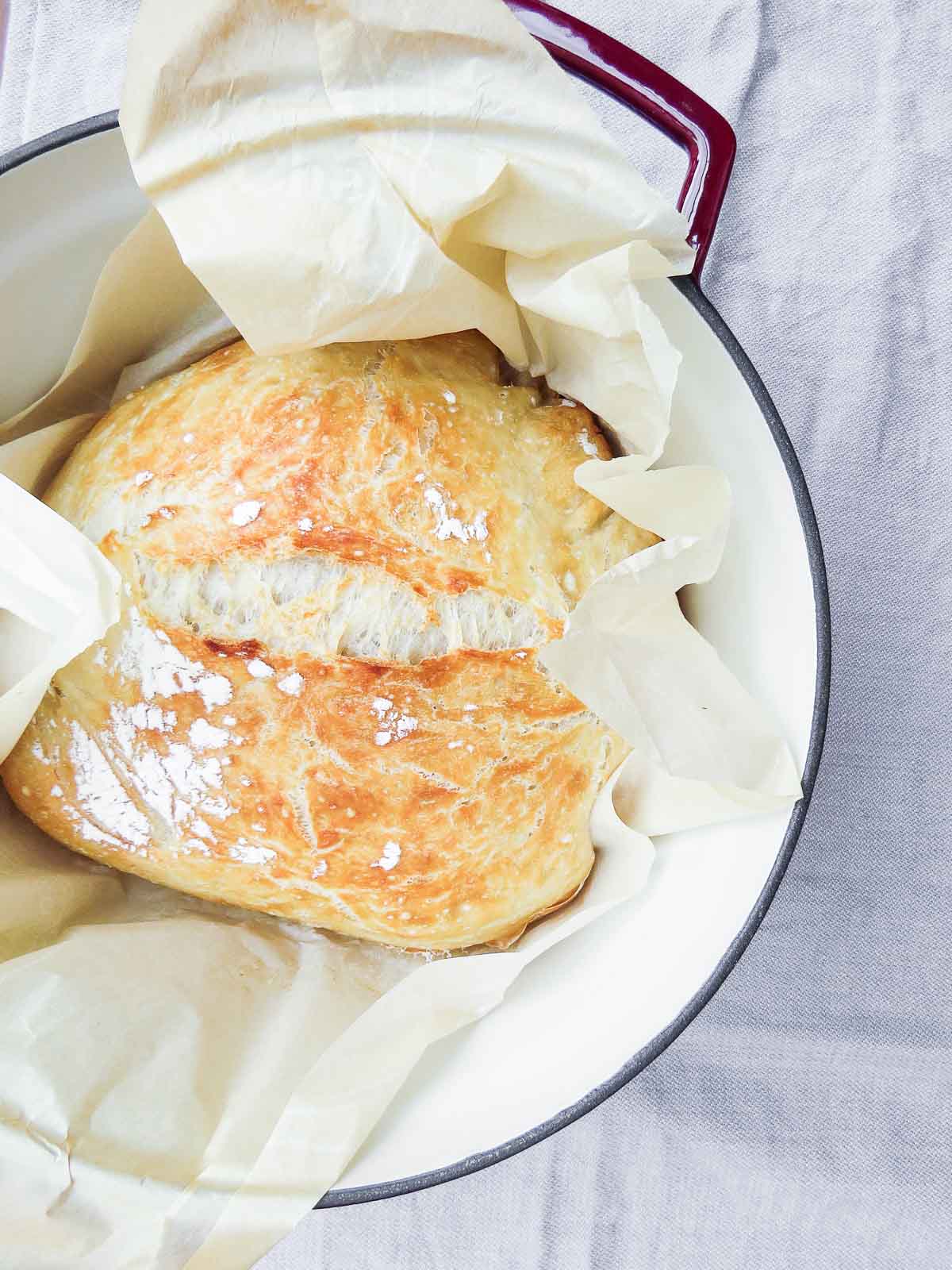 When I first saw a version of this recipe I fainted a little.

My mind was boggled. So, of course, I had to try it.

I don’t own a dutch oven or anything similar – MAJOR sigh.

I have been eyeing and lusting over the Limited Edition Maple Leaf Round French Dutch Oven from Le Creuset but my pockets aren’t deep enough – I’m dealing with a student salary over here!!!

BUT! I know someone who does have a dutch oven… and, yes, I took advantage on my last visit to do some recipe testing! 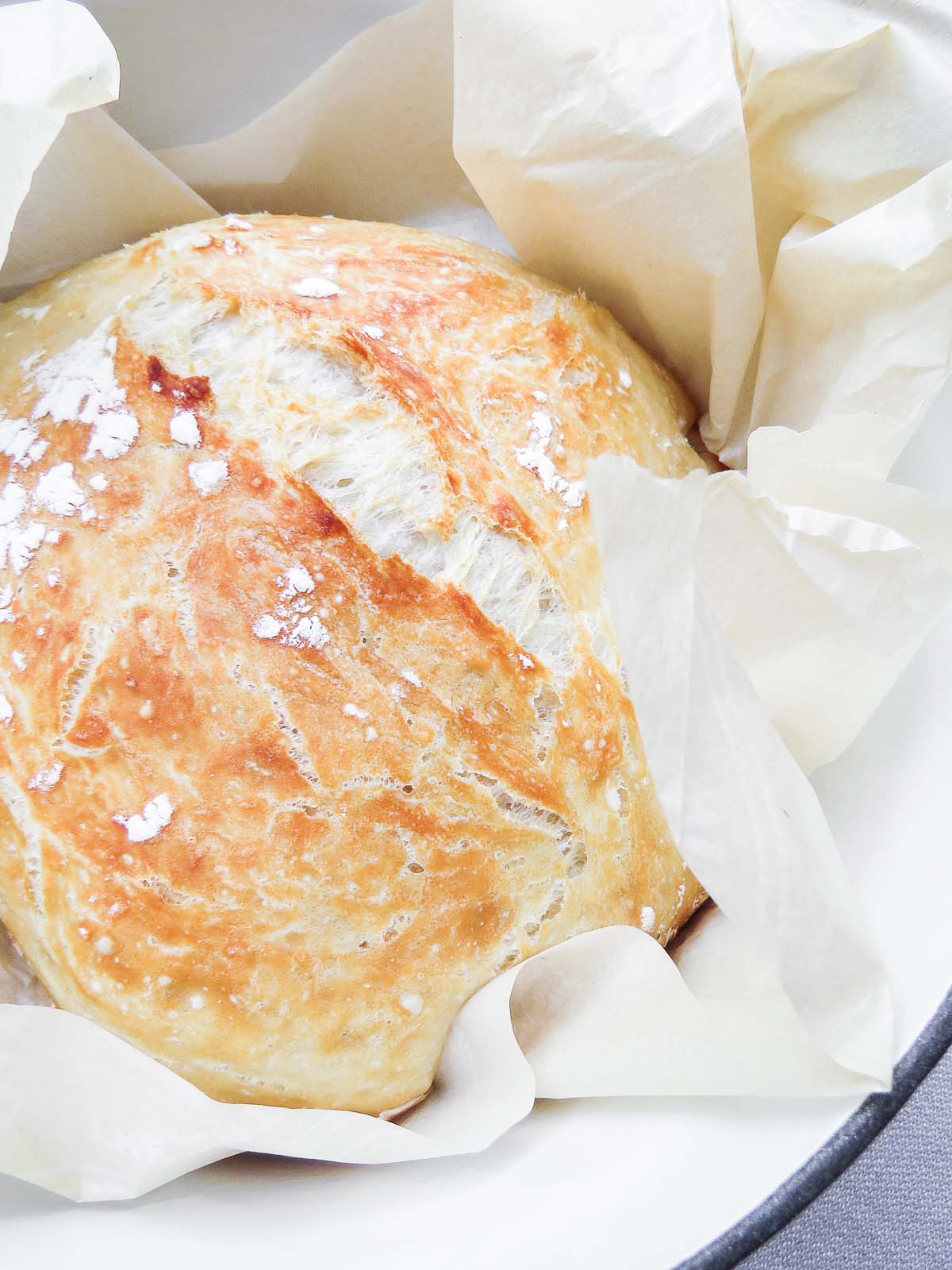 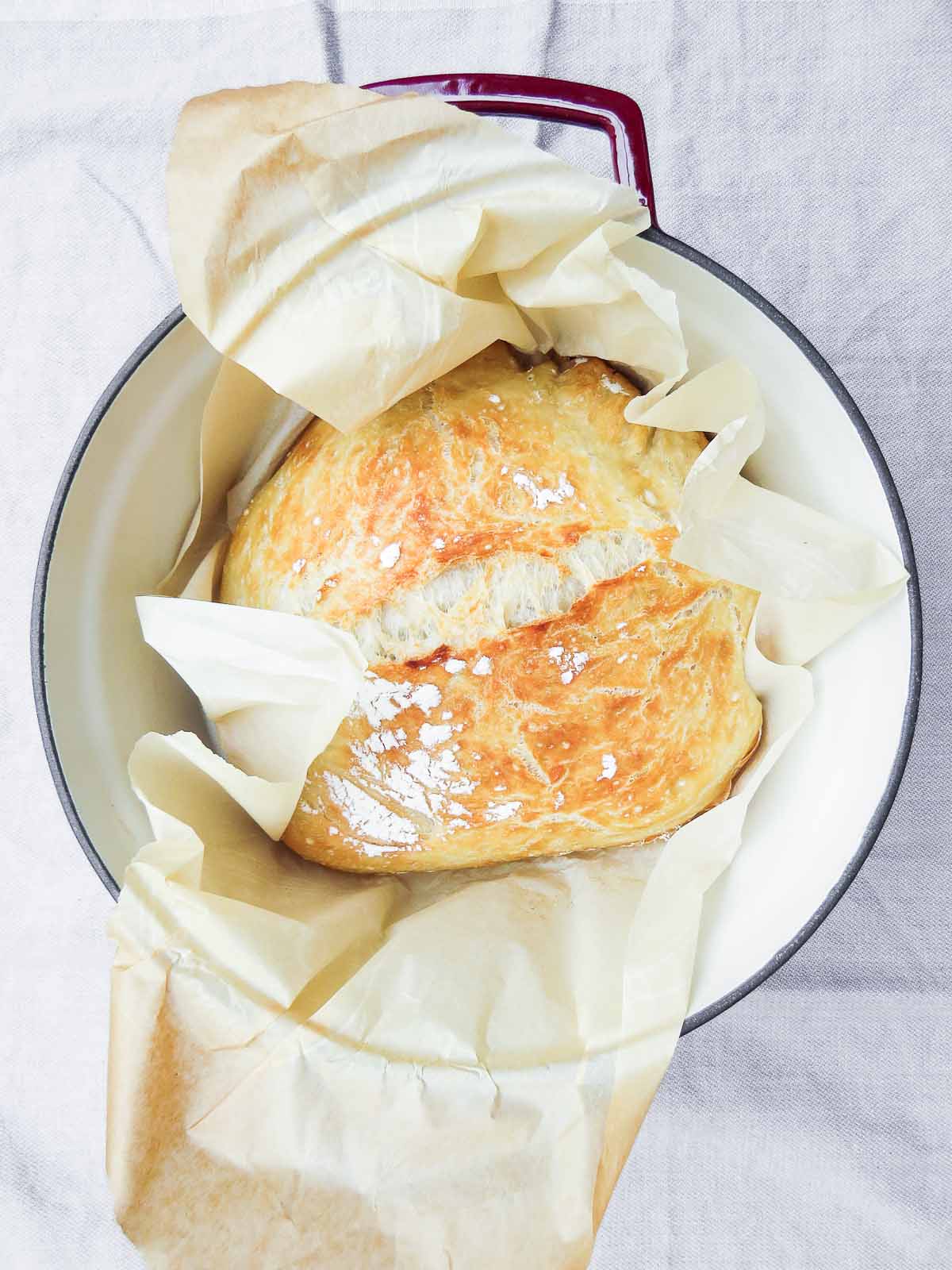 I’m not lying when I say this is a recipe you never knew you needed and that it will become your best friend. Even in the heat of summer turning on the oven to make this deliciousness is well worth it!

Before I attempted this amazingly crusty bread, I did a little search… and pretty much found versions of this recipe EVERYWHERE! Literally.

That’s why it’s not so secret!

I also have to say, while reading the multiple different no knead bread recipes, I realized that some bloggers that also posted about this recipe had comments that were not so nice!

Everyone get’s their recipes from different places…  I personally looked at Pinch of Yum’s Miracle No Knead Bread, Jo Cook’s No Knead Dutch Oven Crusty Bread, and a whole bunch of other recipes (google no knead bread and I clicked on every link on the first two pages).

I also made my way over to see what Serious Eats’ Kenji Lopez-Alt had to say in the article: The Food Lab: The Science of No-Knead Dough. The recipe is pretty much the same as mine, as well as the other bloggers I mentioned and the other 20-odd links I used for my research. However, what’s different in The Food Lab’s recipe is the refrigeration of the dough for three days!!! Not to worry! I don’t make you wait that long for a tasty loaf of bread, I think it was good after one sleep-sleep, but of course I’ll have to try the three day method.

Even with the differences in recipe, I included the Kenji’s article because it’s a great read if you want the scientific reason why a no knead recipe works: like how yeast is needed because of it’s ability to make carbon dioxide… or if you want to explain it to a kid who thinks farting is hilarious, how yeast “farts” to puff up the dough and create air pockets in the resulting loaf of bread. #nerdalert LOL! 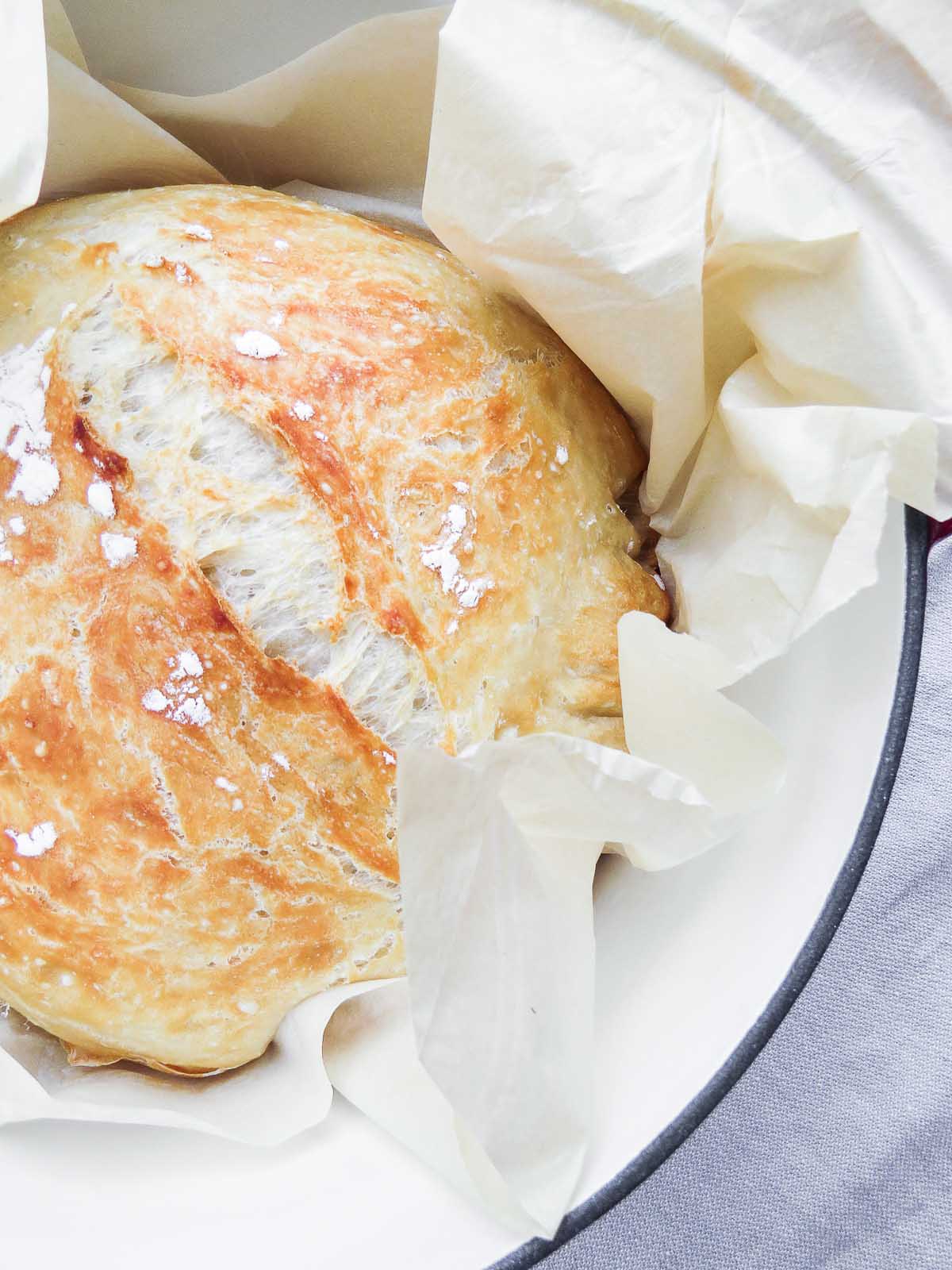 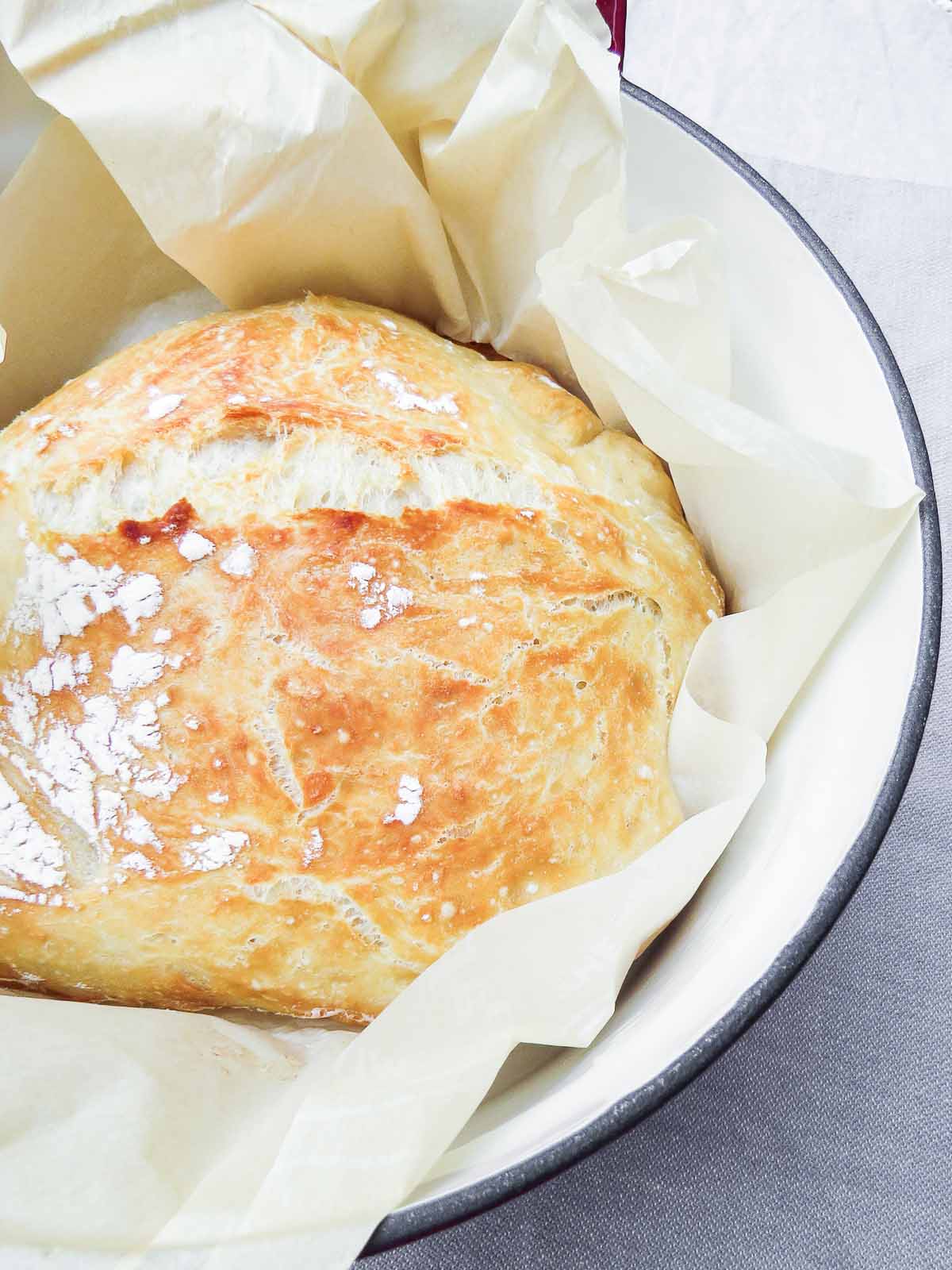 Now I mentioned how I developed my version and why it’s called Not So Secret No Knead Bread. I do need to give a shout-out all the way back to 2006 (yep, that long ago!) when the technique and recipe for no knead bread was unleashed on the world by Mark Bittman (his book How to Cook Everything: The Basics is a bible to me) when referencing the recipe from Jim Lahey of Sullivan Street Bakery. He actually has a new book coming out in November called: The Sullivan Street Bakery Cookbook,and I think I need to preorder it!

In the meantime, I’m considering dipping the bread into this soup, or even using the bean portion of Hearty Tomato Scallion White Bean Dip as a tasty spread. 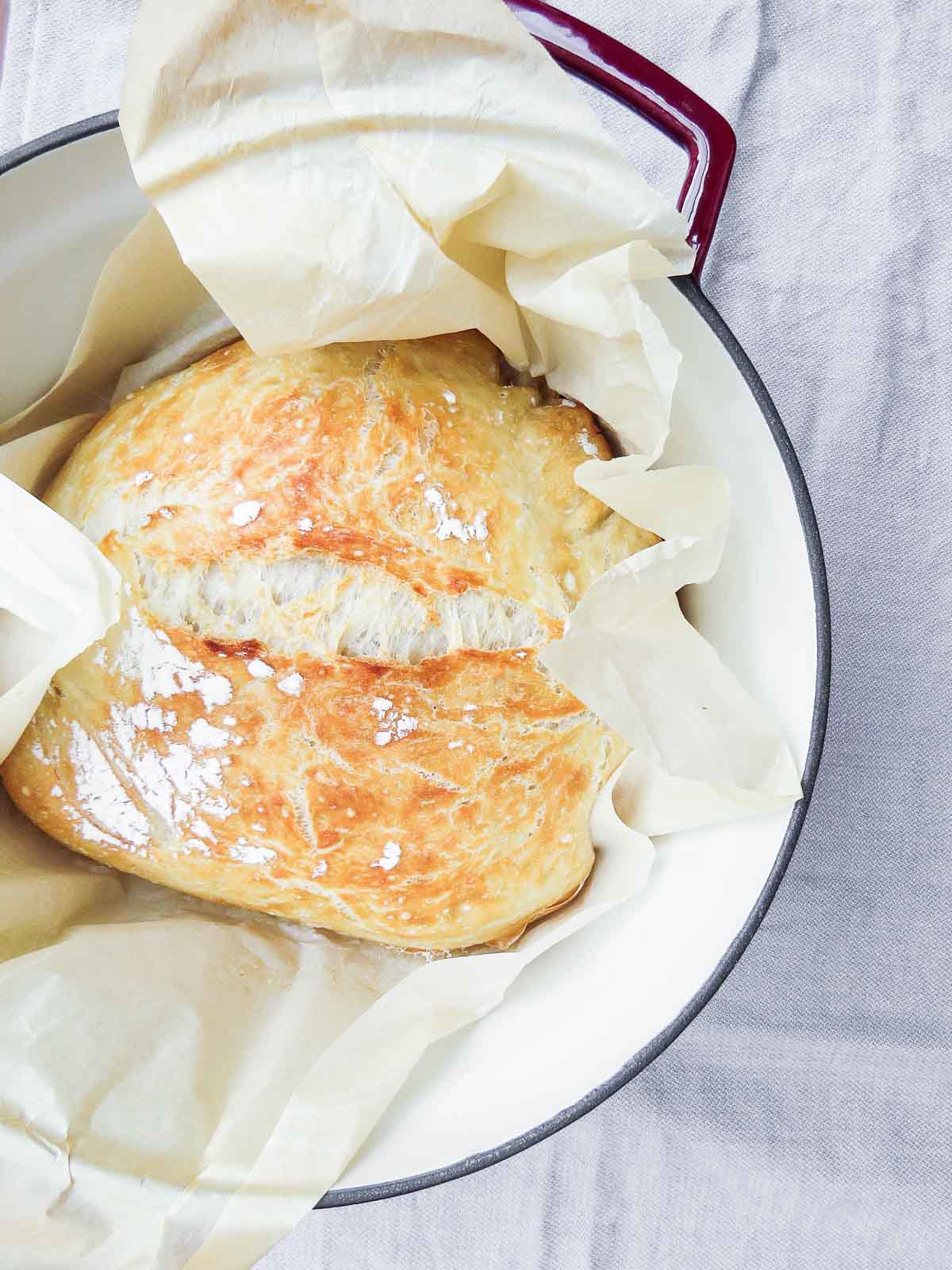 Not So Secret No Knead Bread

Green links in my posts are “affiliate links.” This means if you click on the link and purchase the item, I will receive a small affiliate commission. Thank you for supporting TBC! 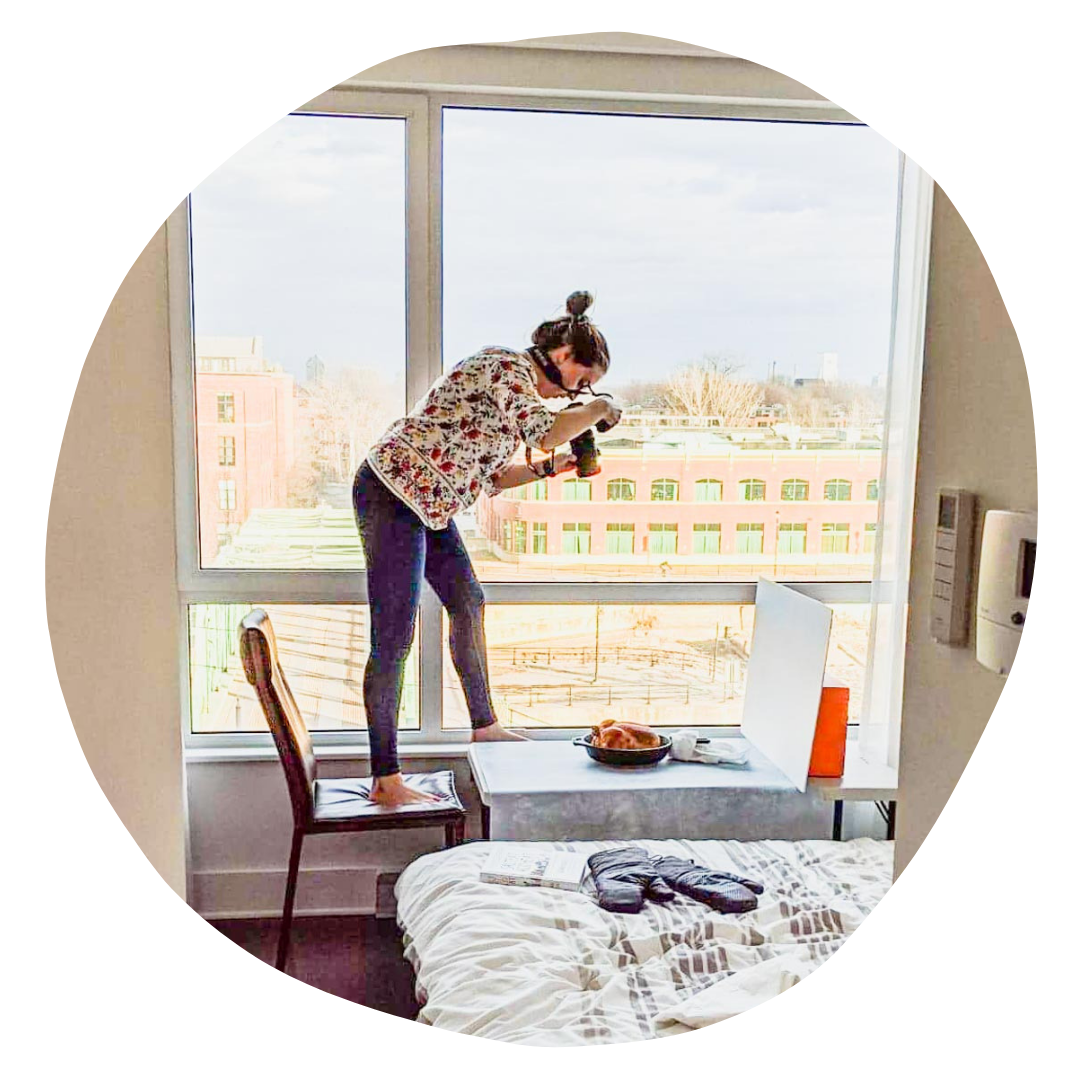