Bourbon apple cider with a foamy topper! This Mischievous Elf Cocktail is the perfect holiday cocktail for those who like the kick of bourbon and a little sweetness of cider. Plus using aquafaba for the frothy topper makes it vegan and egg-free! 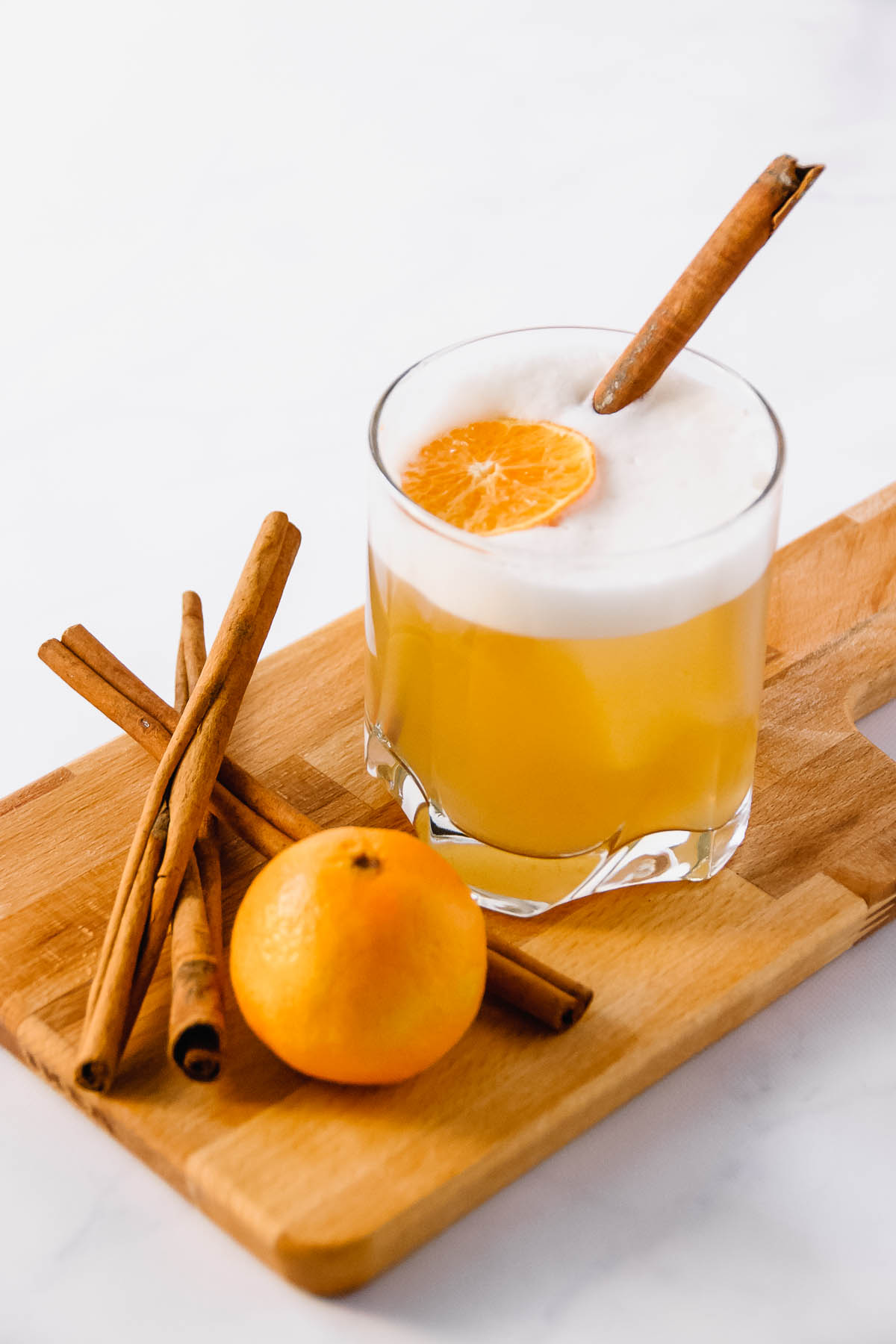 As I was photographing and writing the post for spiced apple cider, I thought to myself (I even think I had an Instagram story) this would be great spiked with bourbon – and it is, but it needed something special, something to make it more holiday-esque.


So the thinking cap went on… and BOOM! Let’s use egg whites to get a nice foamy topper!

The inspiration came from a drink I had at 1909 Taverne Moderne. It was a sort of Aperol or Campari spritz with blood orange foam on top, absolutely a great combo. 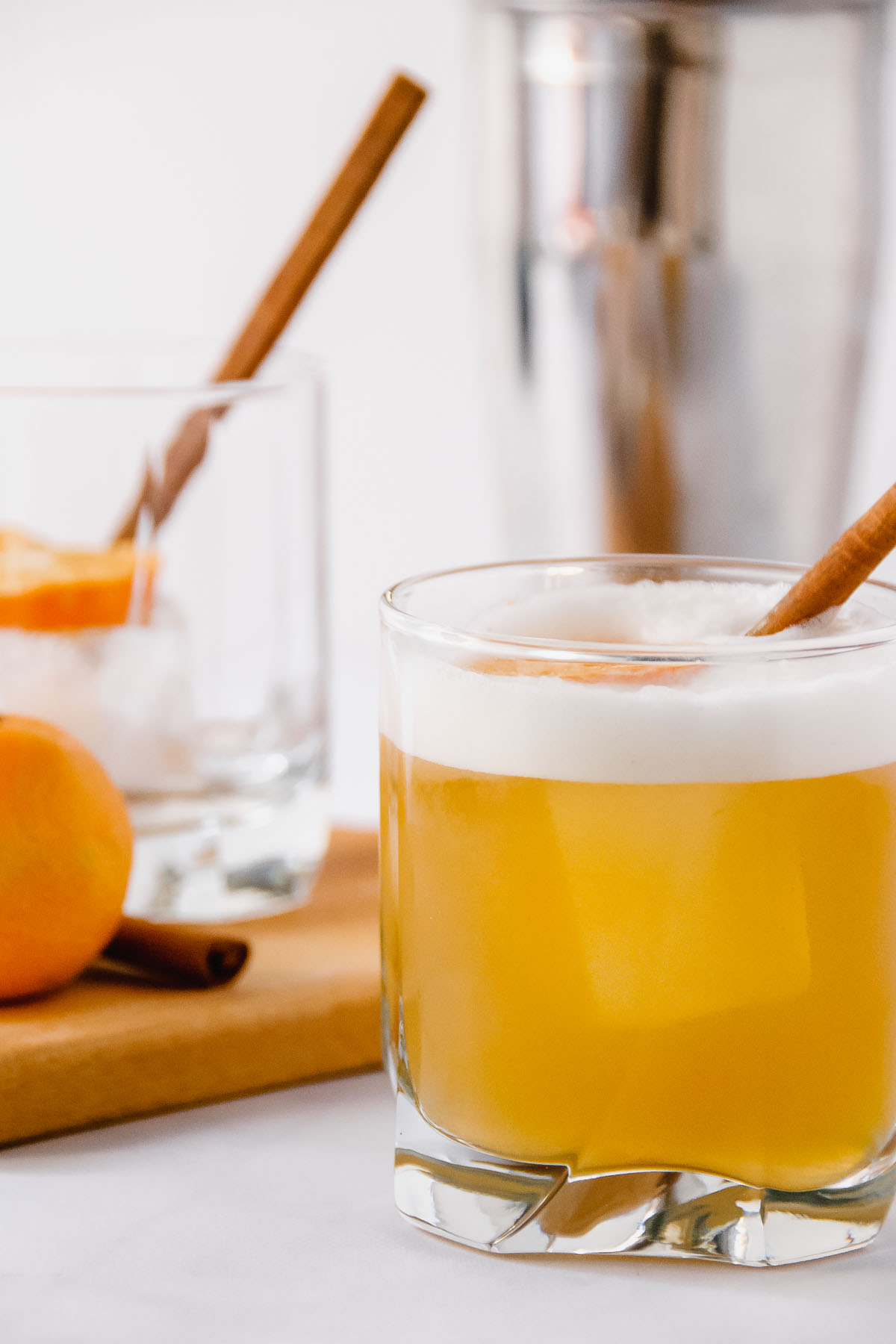 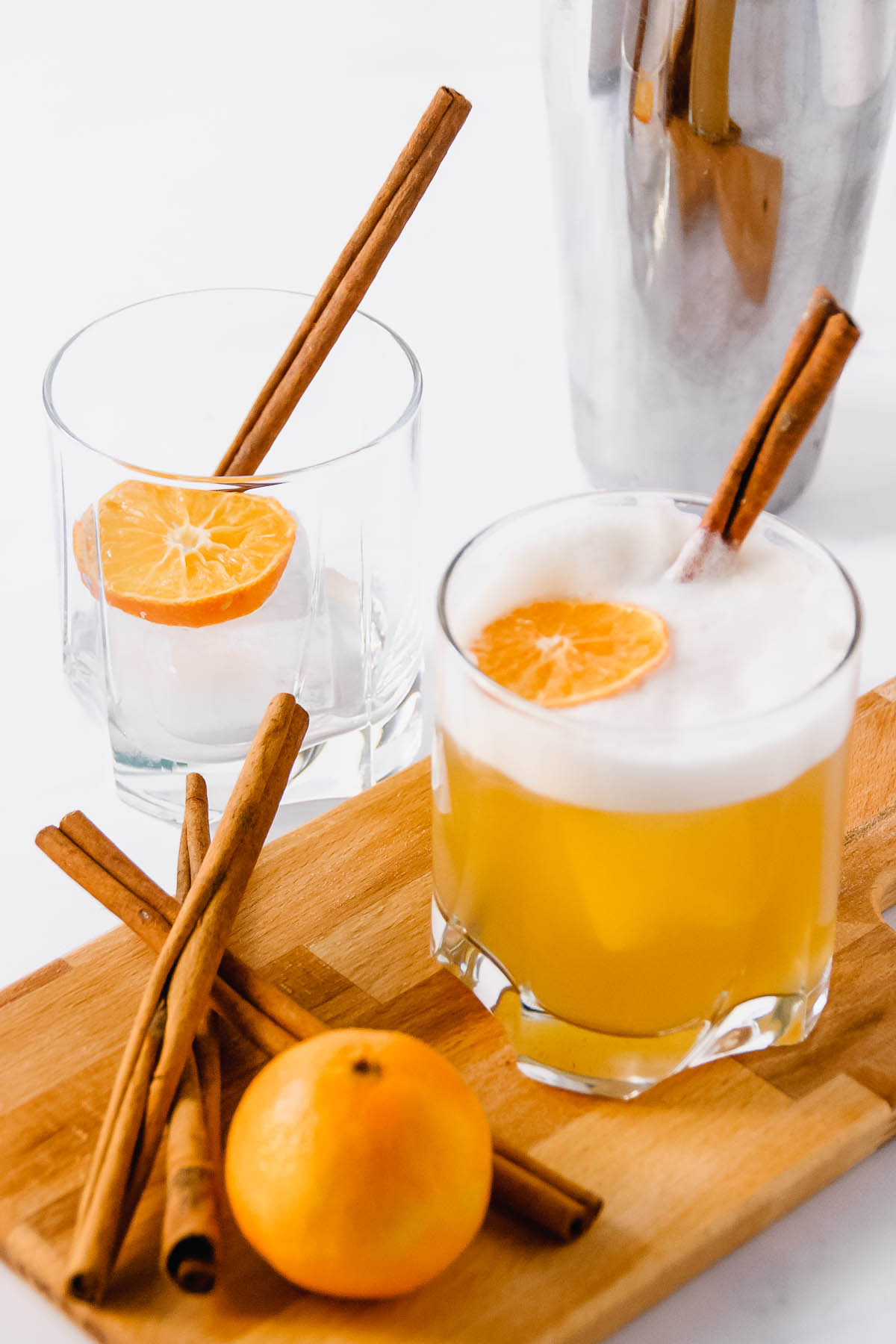 So I made it with an egg white and it was great!

But then I thought that raw eggs scare some people (even though the chances of getting sick are low), and some won’t be able to drink it because of dietary preferences or restrictions. I was at an impasse, put it up with the egg whites (obviously great) but nothing about it seemed interesting, I didn’t think it would provoke someone to get off their phone to make one. So she spiked the cider and put some egg whites, big deal – was what was going through my brain, in a very sarcastic voice might I add.

But then… an idea came through my headphones as I was listening to 177 Milk Street podcast (a favorite of mine) while I was walking to work. 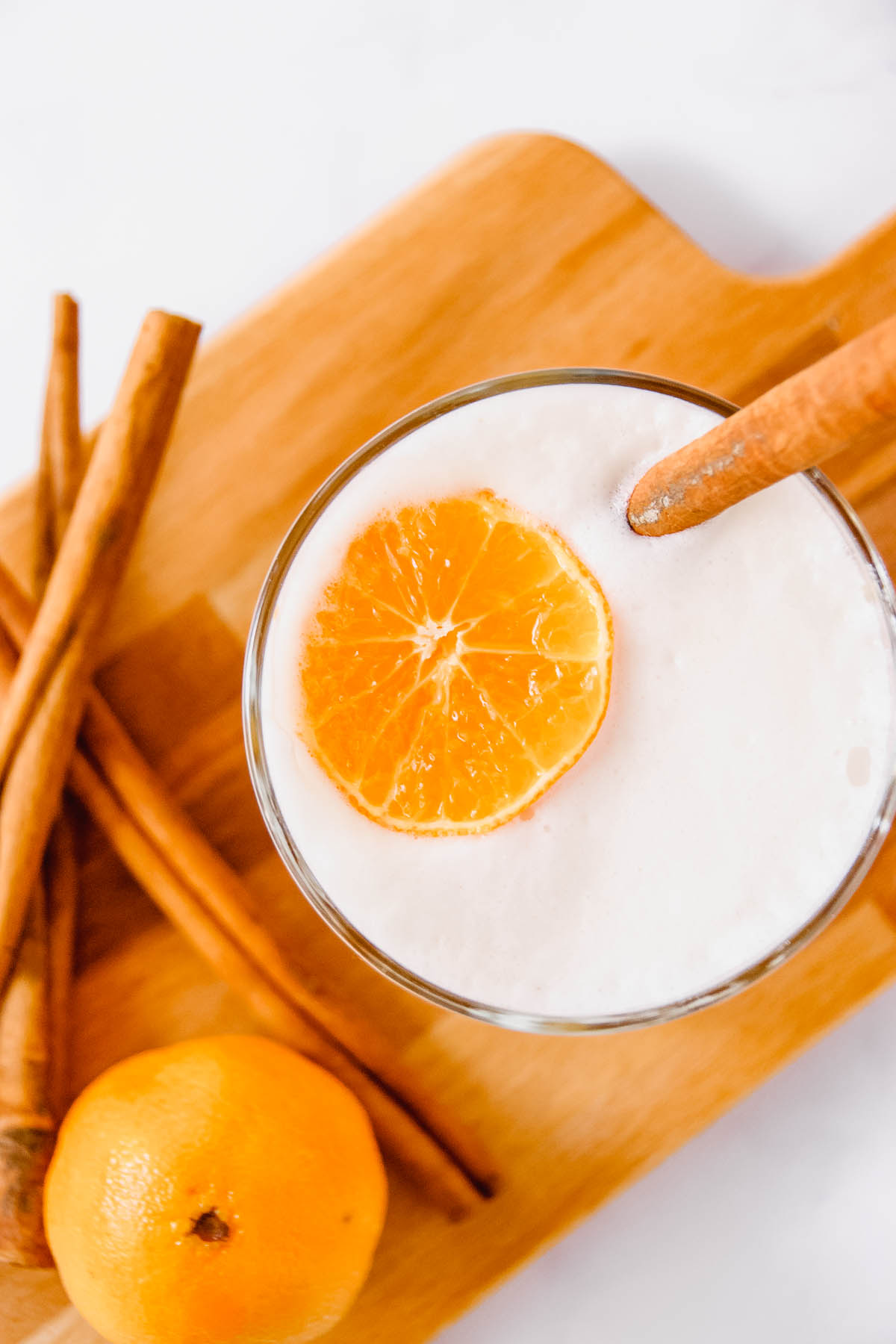 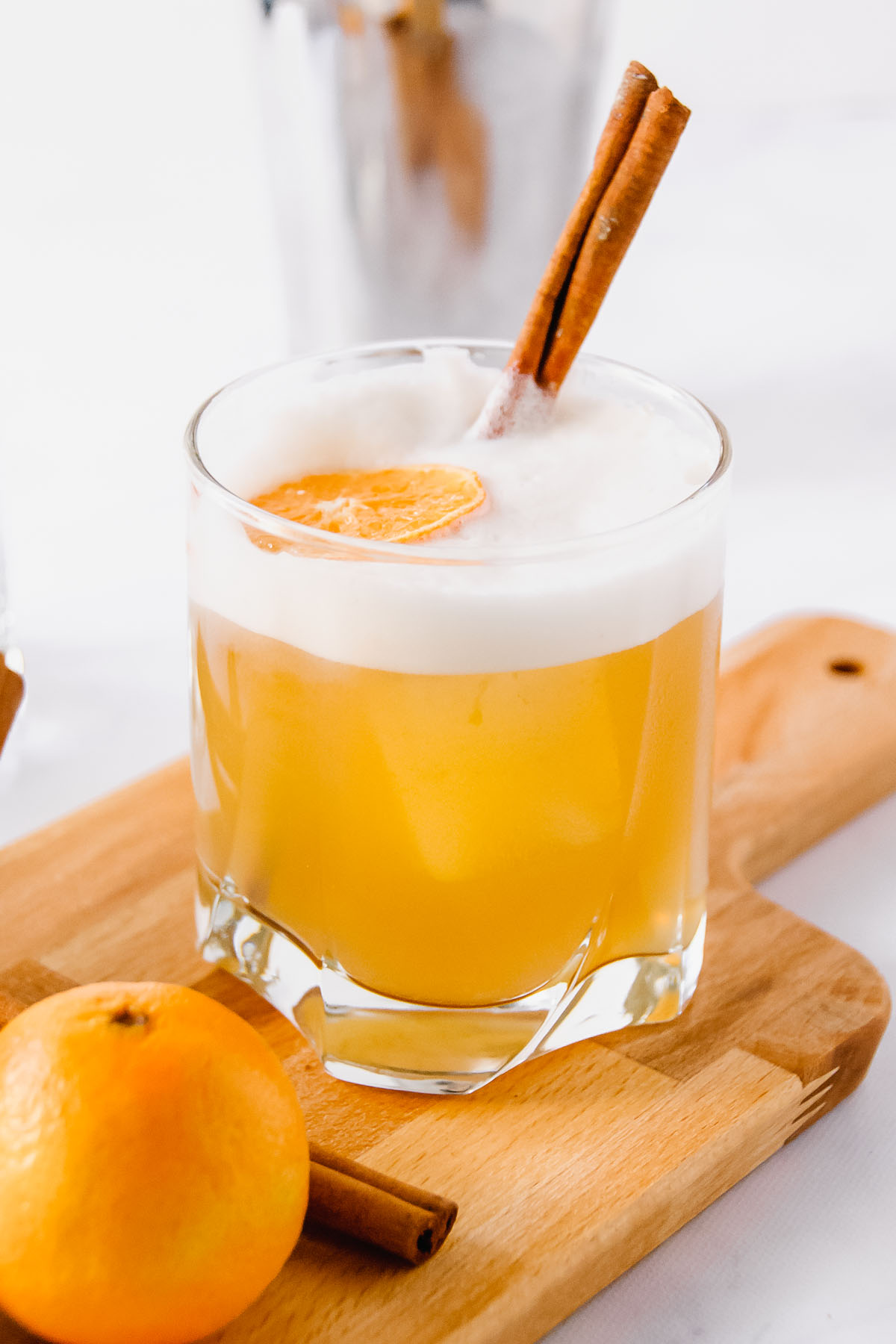 Christopher Kimball and his co-host Sara Moulton were answering cooking questions when a caller asked for help in making egg-less brownies. She had tried using flax eggs with no success and wanted other suggestions. They suggested using aquafaba, the liquid chickpeas are stored in when canned, and a lightbulb went off in my head.

Recently I have been experimenting with aquafaba to make egg-less meringues (thus there is some in my fridge). For meringues, I’ve figured out you need to buy canned chickpeas with no salt because the salt does bring some flavor to the party that you don’t really want, but I’ve never tried to take it one step further! So I put it in this bourbon apple cider and was super happy!

Aquafaba is a new bar must-have! 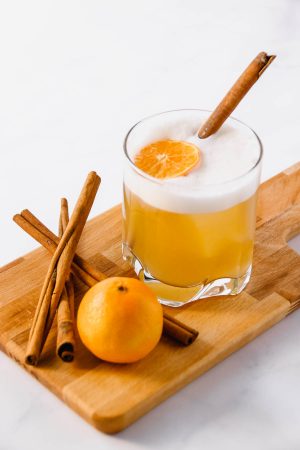 Bourbon spiked apple cider with a foamy topper! This Mischievous Elf cocktail is the perfect holiday cocktail for those who like the kick of bourbon and a little sweetness of cider. Plus using aquafaba for the froth makes it vegan and egg free!
Prep Time 3 minutes
Total Time 3 minutes
Servings 2
Author Michelle

Aquafaba is a perfect ingredient to get a frothy topper without the use of egg whites!

Go for a mocktail and omit the bourbon and use 9 oz. of spiced apple cider.