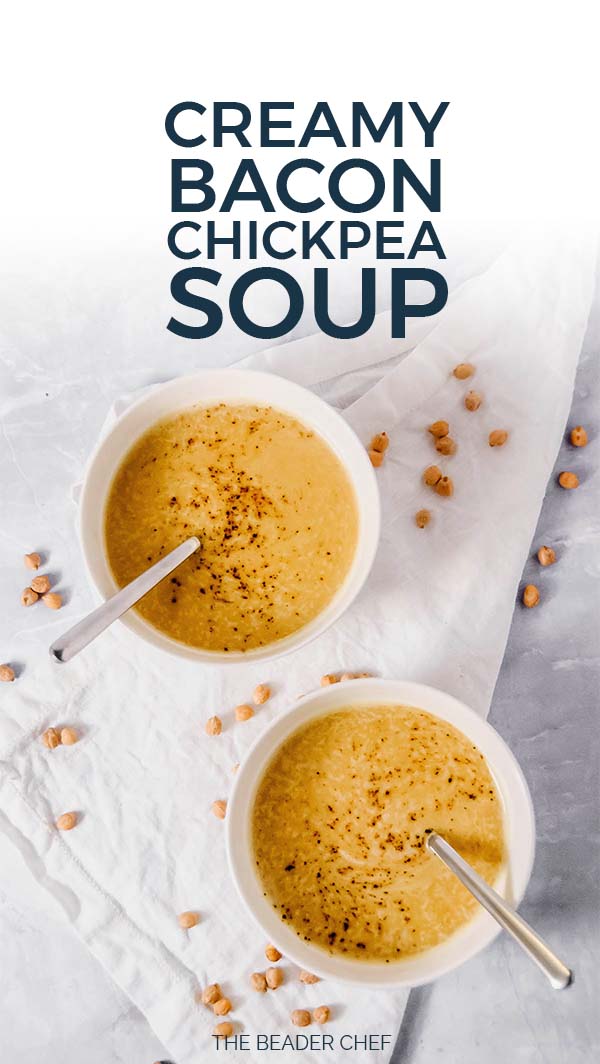 Creamy Bacon Chickpea Soup is a warm comforting soup starring the smokiness of BACON! It’s a take on the French Canadian traditional pea soup, plus it only takes 25 minutes to make and 5 ingredients!!! 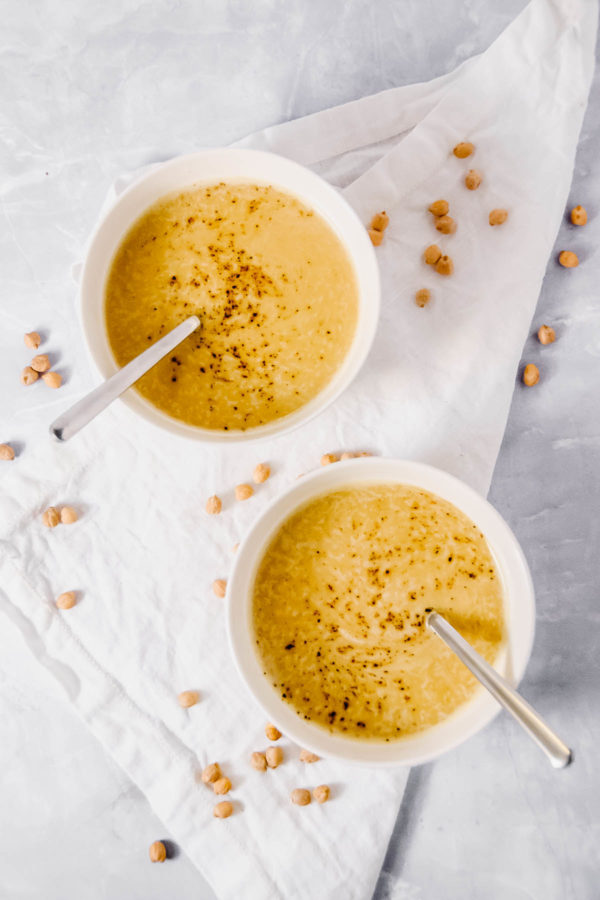 Soup is probably one of my favorite things to eat. Especially after being on the receiving end of 30cm (11 inches) of snow last Saturday! There was literally snow all the way up to my tires and I almost could not open the doors. Luckily after shoveling my car out of the driveway, and my parents’ cars out with the help of my whole family, we came back inside to a nice bowl of Beef and Vegetable Soup.


It warmed us right up! 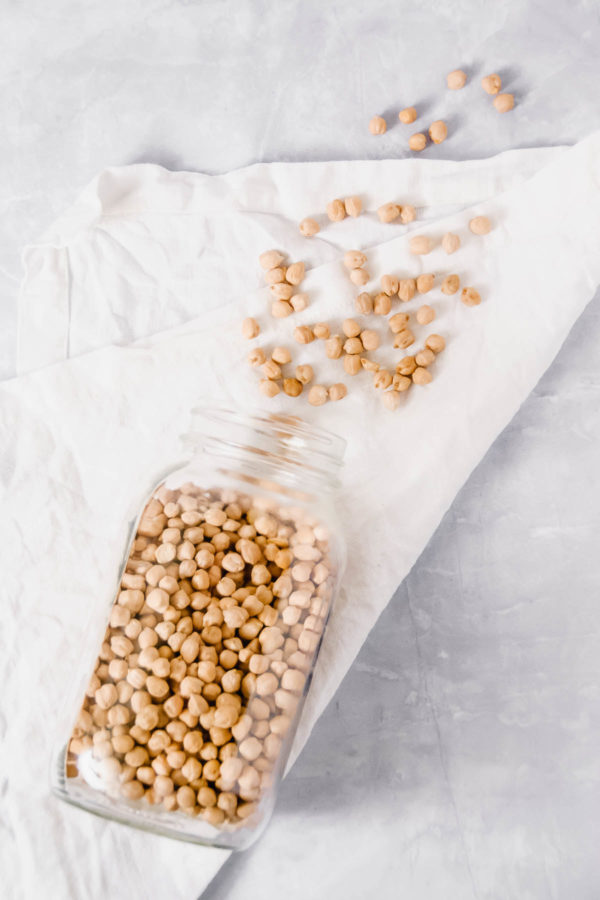 I thought that would have been my soup intake for the week. But an upset stomach over the weekend and then coming down with a cold-flu mix (really not fun, I can feel ok one hour and then shivering the next) I definitely wanted soup again.

My fridge wasn’t well stocked with enough for another beef and vegetable soup though. I did have some spare bacon in there though and came up with this Creamy Bacon Chickpea Soup.

As in the description, it’s a take on a traditional French Canadian pea soup made with ham hock and split peas. I love it – even though I never made it myself. I actually really like the canned Habitant French Canadian Pea Soup (don’t tell anyone!). 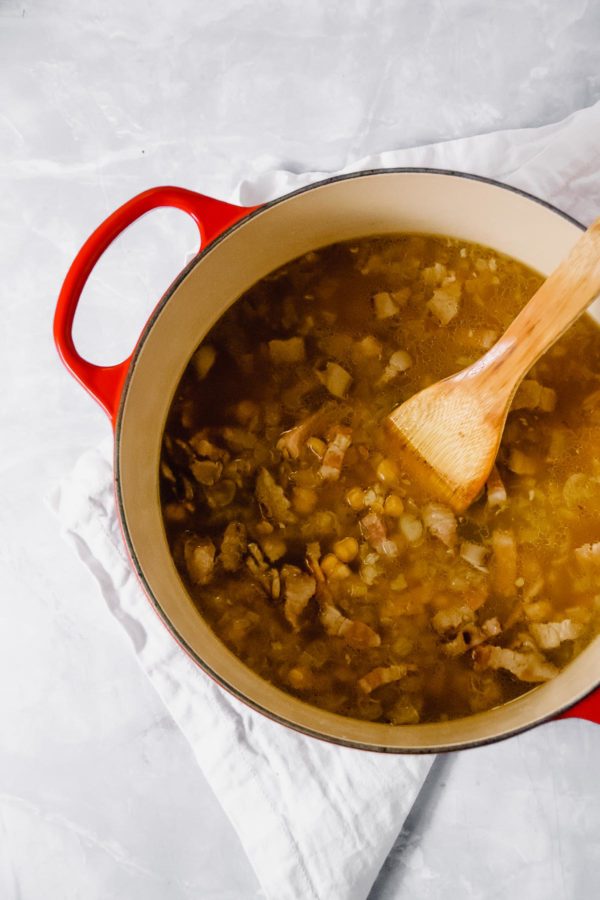 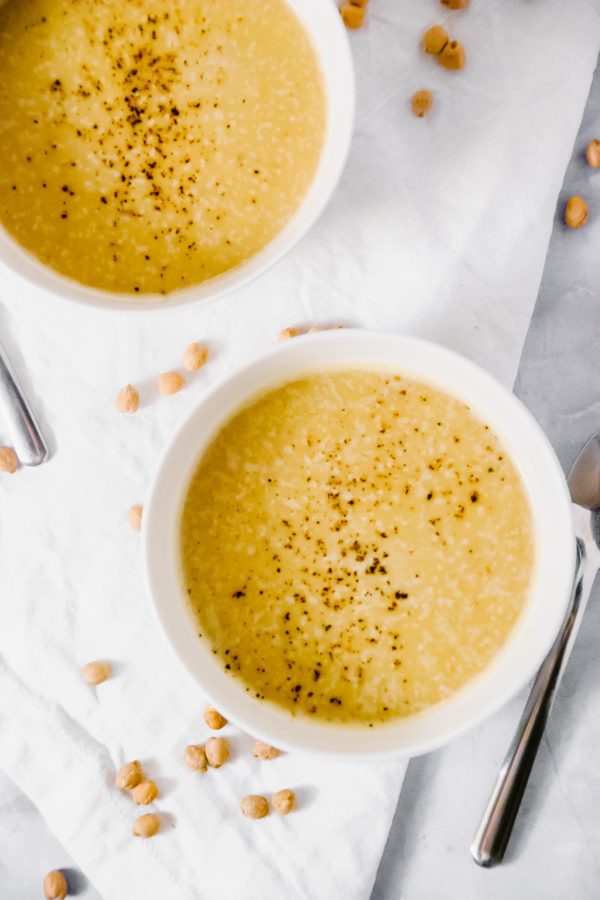 On Fridays in Quebec, the daily soup at diners is usually pea soup – it’s a tradition, from where and when I don’t know. But I like it, it’s comforting!

Anyways, the Creamy Bacon Chickpea Soup has all the right flavors. I could taste the bacon though my stuffy nose and it was creamy smooth without the need to add cream. An all round a keeper, and lunch for me the next day! 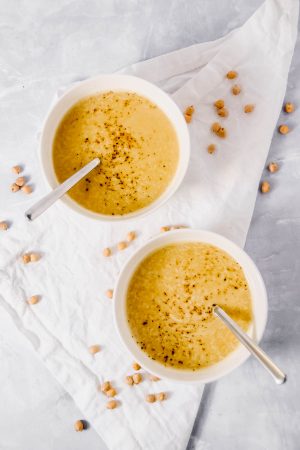 For convenience, I use canned chickpeas, but if you have a trusty pressure cooker: combine 1 cup of dried chickpeas with 3 cups of water and 1/8 tsp. baking soda in the cooking pot and pressure cook for 25 minutes with a natural steam release.

If you're feeling daring, adventurous and experimental, add 1/4 to 1/2 tsp. of monosodium glutamate (MSG) to the soup before seasoning with salt - it deepens the savory flavor and you'll find you don't need as much salt.